We are nearing the end of week one in the race to become the next government of Canada; that makes this commentary by Garret Seinen (from December 2018) seems appropriate ... especially given the back and forth we are seeing on Social Media.

It’s easy to see how far an absurd idea can travel.

It’s also easy to see that the proponent of an absurdity often doesn’t have the intellectual capacity to originate, or to sell, that idea.

That in turn begs the question, “Who then was the originator? Who was the forceful salesman of said idea? And, how is it possible for such a bad idea to escape a logical rebutting argument that would have killed it at the source?” 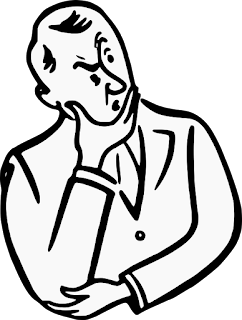 For it is also obvious, trying to reason with one who fails to accept reason is the equivalent of speaking to rocks ... they neither need nor deserve an explanation.

And a further thought … after being insulted by a stranger for making a clarifying statement on a Facebook group page the other day, I tried thinking of an appropriate comeback, couldn’t and just let it drop.

I ignored it. It took a week, but I now know.

“Thank you for opening a window into your mind.”

No explanation, no anger, just end it.

An “how dare you say that” invites clarification depending on the phrase that proceeds it. ‘You’re an idiot’ or ‘you have no right to say that’ or ‘you’re a hero for saying that’, sets the contexts for the proper response.

A person can only say what they have thought of, for what is speech but the concrete form of the thoughts that proceeded them? Your words are a snap-shot of your ideas. How another understands them, and responds, is a picture of their understanding.

You can only make clear what they want to see clearly, so, remember the rocks.

As that mythical ‘3 score and 10’ is now some distance behind me, the urgency of putting all my ideas to ‘pen’ can’t be denied -- but I will refrain from cluttering this blog with the half-baked ideas. None-the-less I’m probably not going to finish everything as every year there seem to be more to do … ah, such is the retired life.

Some years back I began to practice writing, my intention being to offer a rational opinion when outlandish statements were made in the press. Well, since that time the press hasn’t gotten better, rather if anything, it’s far worse. I’m still expectantly waiting for reason to return to our society, though I’m not holding my breath.