Commuting is a twice-daily living nightmare for millions of workers in this province, and congestion keeps getting worse. Businesses groups on the North Shore and in the Sidney area have been calling for action. They cite long commutes as adversely impacting recruiting of new employees, absenteeism, 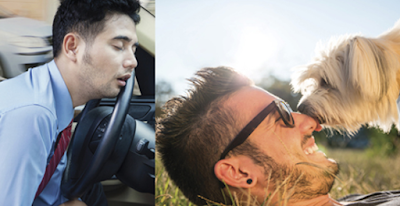 morale, mental and physical health, productivity and retention, while congestion can cripple their freighting and delivery efficiency. Health authorities and school districts are similarly struggling to find, motivate, and retain good employees while keeping HR costs in line.

Currently politicians at the federal, provincial and municipal levels are assembling multi-billion-dollar commitments to expand transportation and transit infrastructure, the so-called “supply side” of transportation. Meanwhile the Premier’s Office and planners in multiple ministries are mulling over a management consultancy’s report recommending a program to simultaneously work on the people side (the “demand side”), to eliminate some of the ‘unnecessary and unwanted’ component of the daily commuting grind.

The proposal is for a province-wide “employee commute trip reduction” program (CTR) focusing on what employers can do to minimize their employees’ commutes and also encourage biking, walking, transit, carpooling – essentially anything but the single-occupancy vehicles (SOVs) that clog our roadways. Employers largely control employees’ worksite location and scheduling, so this can make a huge difference.

CTR and is not new concept. The Washington State Department of Transportation introduced its CTR back in 1991. Their program currently includes the state’s 1,100 largest employers with a combined workforce of over 570,000 people. The Department of Transportation now attributes an overall 8% reduction in congestion to the program – this for a budget of less than $3 million per year. Additionally, large employers in voluntarily invest on employee CTR’s – presumably because having employees with shorter, greener commutes is “good for business.”

Why has BC never done this? No one seems to know. What would a BC CTR program look like?

From the report’s recommendations, participation would be mandatory for all employers (public, private and non-profit sector) with over 50 employees in the province. Each employer would make “best efforts to reduce their employees’ commute distances and durations, and to encourage less polluting and more active travel modes.”

There are many tactics that an employer would be able to consider, just a few of these could include considering home-worksite proximity at time of hiring ...
supporting biking, walking and other active commuting modes ... connecting employees with carpool services ... incentives promoting transit use with discounted passes ... a guaranteed ride home for family urgencies ... providing a shuttle to transit stations ... EV and e-bike charging stations ... selecting or moving office/branch locations ... and supporting other existing and planned transportation and transit improvement programs, just to name a few.

What is the scale of existing “unnecessary and unwanted” commuting?
Using teaching professionals as an example labor group, data from Statistics Canada’s National Household Census reveal there is potential for school districts in the Metro Vancouver region to decrease the long commutes of over 17,500 teaching professionals. By allowing employees to work closer to their homes, school districts could expect to reduce the $150+ million spent annually in absenteeism, ease their recruiting and retention challenges, improve the lives and work performance of teachers, help BC toward meeting its Green House Gas (GHG) emissions targets, and help decrease congestion.

British Columbia Teachers’ Federation member unions have unanimously resolved to support “green lateral exchange/transfers” (CloserCommutes peer job swaps) within and between school districts. The exchanging teachers would retain their seniority, pay, benefits and pensions as before while enjoying the benefits of a shorter commute. In August Education Minister Rob Fleming lent his support, encouraging five school districts to conduct a CTR pilot project beginning this fall.

Another illustration of the scale of “unnecessary and undesirable commutes” was the consultants’ analysis of commuting data for RBC Royal Bank employees that revealed these findings ... over 75% are not working at the closest branch to their homes ... there was someone with the same job role, in 50% of the cases, where with whom they could switch worksites so each would have a shorter commute.

Finance minister (and Deputy Premier) Carole James is encouraging CTR pilot projects be conducted with private sector employers. A pilot with a bank would – appropriately – aim to quantify the financial benefits to an employer of CTR action.

Could adverse effects of long commutes on workers make CTR a WorkSafeBC initiative?

Peer-reviewed research from many countries links longer commutes to increased worker stress, unhappiness, sedentary living (lack of exercise) and obesity, and pollution exposure, leading to reduced productivity and job dissatisfaction, illness and absenteeism, and domestic conflicts among other effects.

The consistent evidence of adverse health and safety effects suggests that CTR program participation by employers might be mandated through a Cabinet Regulation to amend occupational health and safety regulations – similar to how the Christy Clark government banned mandatory high heels for restaurant servers. An advantage to this approach would be convenient access for all employers through existing OH&S reporting channels and workplace safety committees.

Carbon emissions and improving affordability for families – who will lead?

If and /or when the Premier’s Office decides to go ahead, it is not clear which ministry or agency will be tapped to orchestrate a province-wide, mandatory employee commute trip reduction program.

Transportation currently accounts for over 50% of urban carbon emissions. Long commutes are particularly problematic for lower-paid workers (especially those working part-time and/or multiple jobs), wasting time that could be spent with family and wasting income needed for housing, food and other living expenses.

Municipalities are lobbying for action on commuting and congestion. So, will it be Ministry of Transportation & Infrastructure, Labour (with WorkSafe BC), Environment & Climate Change Strategy or Municipal Affairs? All seem to be likely candidates.