FELDSTED -- That is not science; that is fudging valid temperature data to meet a political objective


How dare you (Greta Thunberg), with your lack of experience, lecture world leaders on climate change? Many of those world leaders are elected and answer to the people who elected them, not to you, not to the United Nations, or the International Panel on Climate Change (IPCC). 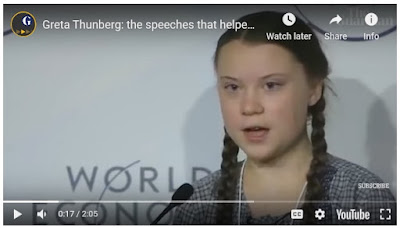 Many of us are appalled that the IPCC would choose to frighten school children with implausible predictions of pending catastrophe resulting from climate change.

We are disgusted with the lack of critical analysis and poor judgement of schools and teachers -- who have chosen to regurgitate IPCC propaganda rather than using climate change as an opportunity to create real dialogue and debate on what the causes of climate change are -- and how can we best respond to minimize and offset the results of climate change on widely dispersed populations.

The main proponents of climate change alarmism, Dr. Andrew Weaver (Canada) and Dr. Michael Mann (USA) have taken Dr. Tim Ball (Canada) to court for slander because he dared to contradict and question their findings. After years in court, both actions for slander were dismissed and in the latest case Dr. Mann, inventor of the infamous hockey stick warming chart was ordered to pay Dr. Ball’s entire legal expenses.

Both top IPCC scientists are found to be of questionable character and ethics.

Canada’s environmental agency neglected to include surface temperature readings from 1850 to 1949 in their calculations because they did not fit the IPCC model outcome. That is not science; that is fudging valid temperature data to meet a political objective.

Over 500 eminent climate scientists have written to the IPCC pointing out that there is no “climate emergency”. The “emergency” has been created through unethical manipulation of computer models and temperature data.

Controlling climate is more than simply slowing the rate of global warming. If it was possible, we could control the rate of arctic ice melt, create rain in deserts, soak forests to reduce wildfires, increase the growing season in northern and southern hemispheres and modify the torrid heat of the tropics. The fly in the ointment would be deciding which is the most important change to make.

The IPCC is fixated on an unproven theory that man-made carbon emissions are the sole contributor to warming of the earth and that we must reduce carbon emissions to save the planet ... that is suspect and highly improbable.

The IPCC is promoting a simplistic solution to a highly complex natural phenomena we do not understand. We have records of the effects of climate change for tens of thousands of years, but little knowledge of what drives the changes.
Following the unproven theories is not a rational way forward.

Only 500 years ago, the world was flat, and the sun revolved around the earth.

350 years ago, we had no knowledge of gravity.

150 years ago, electricity, computers and radio had not been invented.

100 years ago, we did not have television.

Smartphones, tablets and GPS devices have been around for less than 30 years. 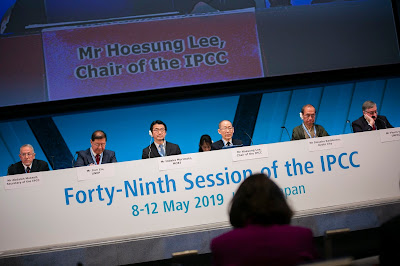 Scientific theories require constant examination to support or refute their validity. The IPCC has refused to permit examination of its theories, attacking anyone who questions its conclusions.

Demanding that the IPCC provide evidence of how its theories were developed, and examine all the causes of climate change, is not denying climate change. We recognize our climate continues to change but reject the IPCC version of the cause.

The IPCC is politically, not scientifically driven.