FELDSTED -- Drug dealers lack the equipment and knowledge to measure a safe amount, so they play Russian roulette with other people’s lives and all chambers are loaded 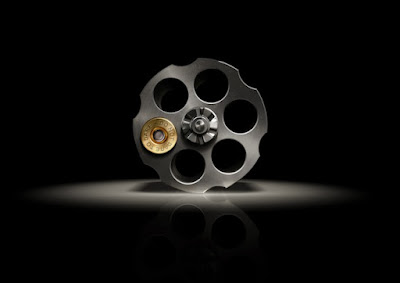 Green Party Leader Elizabeth May has little understanding of additions or politics. What she is proposing is to enable addicts to carry on feeding their addictions.

Health care is a provincial jurisdiction. Any plan to reduce addictions must have a provincial buy-in to work. The first step is to create the treatment infrastructure that allows immediate treatment of addictions for the duration necessary to be effective.

The treatment facilities currently in place cannot meet the demand and program duration is limited due to inadequate funding. Decriminalizing drugs does not address those issues.

We don’t have an “opioid crisis”. That is political doublespeak that avoids the fact that overdose deaths are caused by unscrupulous drug dealers who add synthetic opioids, such as fentanyl, to other drugs with devastating results, and that we have a substance abuse epidemic.


Our governments are culpable for taxing us to the point that people have a hard time stretching the remainder to cover their cost of living, and adding to the problems with a barrage of misinformation on our planet burning up if we don’t impoverish ourselves reducing carbon dioxide emissions. They are stressing people beyond reasonable limits and can’t understand why they turn to drugs for relief.

Any drug dealer caught with fentanyl or with drugs contaminated with fentanyl or other synthetic opioids must be charged with multiple attempts at murder and face the courts for what he or she really is – a mass murderer.

It takes a minute amount of a synthetic opioid to be deadly. Drug dealers lack the equipment and knowledge to measure a safe amount, so they play Russian roulette with other people’s lives and all chambers are loaded.

Our politicians get their knickers in a knot over mass shootings but fail to deal with the root cause, which is thugs who employ violence, including shooting up a crowd to target an enemy or rival. Drug use is no different. The root cause is drug dealers who import synthetic opioids and redistribute them to unsuspecting addicts.

We need to better secure our borders and to equip the Canadian Border Services Agency (CBSA) to detect and seize drug shipments. It is a major undertaking considering the tens of thousands of containers that arrive on our shores every month, and the thousands of tractor trailers that cross our borders on any given day.

Combating addiction requires us to put in place proper treatment infrastructure while securing our borders and coming down heavily on those who traffic in drugs.

There are no easy, quick solutions such as decriminalizing possession to combat addictions. Addicts don’t seek treatment until they are forced to do so by circumstance. We can’t help those who do unless the facilities are in place beforehand.

Pretending otherwise is a disservice to those who suffer an addicted family member or friend, and those who turn to treatment as a means of relief only to find the treatment facilities have a long waiting list. They may overdose before a bed is available.