FELDSTED - Governments must never be allowed to dictate our beliefs, or to censor our opinions


One of the most self-serving and useless concepts political parties have thrust on us is the notion that they invented diversity.

We are, first and always Canadians. Colour, ethnicity, gender, language, marital status, race and religion are not what identifies us. Single people have family, friends and acquaintances so are part of a family, a community, a province and a nation. Everyone fits in in one way or another. 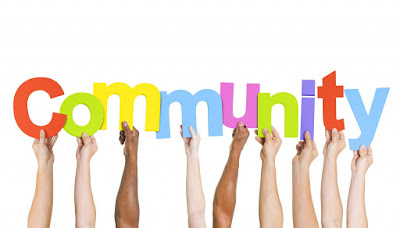 The notion that we were not a diverse people during our formative years is ridiculous. Even a cursory examination of our history indicates our diversity; we are humans and follow natural instincts of forgotten millennia.

We have accepted lovers of the same sex. Same sex attraction is as old as dirt. Discrimination against gays was a government initiative. It was governments that purged their ranks of gay employees as a “security threat”. Larger society followed suit. Watching politicians prance at the front of a gay pride makes me ill. If it was not for their blind discrimination the gay parades would not have been necessary.

Some people suffer under delusions that they are better than others and that their religious and social beliefs are worthy of thrusting on others. That is where democracy and society begin to break down. Governments must never be allowed to dictate our beliefs or to censor our opinions.

Identifying minority groups in need of special recognition and support is a wrong-headed attempt to atone for decades of bigotry by the majority. Minority groups don’t want to be singled out; all they ask for is an equal opportunity.

We have decades of evidence that given equal opportunity, minority members thrive. They take their place in every part of our society and some become noteworthy leaders. They are no different from the rest of our society, ranging from the indolent and indifferent to the superior and outstanding. No tribe within the tribes has distinct advantages.

Our differences, our diversity, was not considered important.

If we faced wildfires, floods or storms we worked together to face the threat and restore what we could. If a church burned, another denomination would offer its facilities so members of another faith could still worship. The differences in belief were overridden by the welfare of the community.

Over the decades I have watched the value of family and community erode and we are poorer as a society. We are still tribal people and efforts to break away from the tribe have replaced the security of community responsibility with the angst of going it alone without the family and community support that keeps us grounded and props us up when the sledding is rough.

Political parties and governments have spent billions on convincing us that they can manage our lives better than we can -- which is absolute rubbish. Go back and  give us equality of opportunity. Governments must pay attention to their constitutional responsibilities and get out of our personal lives.

Social engineering by governments is as welcome as a skunk at a backyard Bar-B-Que.

Political parties, federal and provincial, keep telling us that they are determined to fight poverty. That is an outright lie as they would be fighting themselves.

All they need to do is to stop taxing the poor. Stop charging anyone with an annual income of $20,000 or less GST, PST, EI contributions, CPP contributions and income tax. Watch welfare roles diminish, and people given the opportunity to use their meagre incomes to advantage move up the income scale and contribute to our society.

Banish Human Rights Tribunals and rewrite human rights legislation to ensure the rights of an accused meet the principles of fundamental justice.

“Human rights tribunals” have become a playground for the perpetually offended which is the opposite of our need to reinstate the family, community and national patriotism that built this country from a wilderness into a G-7 nation.

We spent a century of progress despite our governments followed by 50 years of deterioration when governments became too powerful to fear the electorate. We need to fix that.