‘Where is the Softwood Lumber Deal’ ... and ... ‘Why isn’t Trudeau standing up for the Trans Mountain Pipeline’? ask MP Cathy McLeod

“Before Justin Trudeau became Prime Minister, Canada had three private companies willing to invest more than $30 billion to build three nation-building projects that would have created tens of thousands of jobs and generated billions in economic activity,” stated MP McLeod. 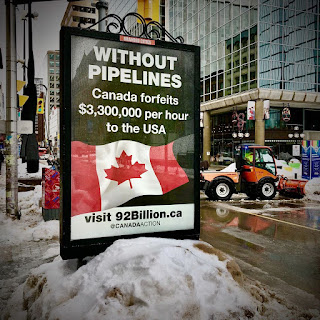 “Today, none of those projects remain thanks to Trudeau’s policies and those companies continue to invest in pipelines elsewhere in the world. Just not in Canada.”

“The path forward for the TMX expansion under the Trudeau government has been completely incoherent”, stated McLeod.

A choice of words seemingly appropriate given that yesterday’s decision by the Federal Court of Appeal exposed the fact that the government of Justin Trudeau actually refused to stand up for the Trans Mountain pipeline.

For years now, the Trans Mountain Pipeline has been bogged down by legal road blocks, a taxpayer funded bail out, and the no more pipelines Bill C-69.

“Now we hear that they didn’t even bother to defend the pipeline expansion in court,” said McLeod.

On a roll, she then turned to today’s decision by the NAFTA Chapter 19 bi-national panel on US imports of Canadian softwood lumber still doesn’t fix the problem.

“The Liberal government has failed to take decisive action on this file -- it still hasn’t secured a softwood lumber deal -- and today’s decision is merely window dressing,” said McLeod.

“Over the years the panel has made the same ruling time and time again, US duties
on Canadian softwood lumber are unfair and unwarranted.”

“Without a deal and with recent mill closures eliminating hundreds of jobs, and affecting thousands of indirect jobs in the interior of BC, swift action must be taken. The economic well-being of BC’s interior is at stake,” stated MP McLeod.

“The Trudeau government simply doesn’t understand the magnitude of this problem.  In BC, one hundred and forty communities still rely on forestry as a foundation of their economy, employing 140,000 people, including 22 per cent in the Cariboo,” said McLeod.

While the federal Liberal government has trumpeted a real breakthrough on softwood lumber before, said McLeod, “Today is not a victory for Canada’s softwood sector. Tariffs are still in place and Canada’s softwood industry is still hurting”.

“Rest assured the Conservative Party of Canada stands with Canadian forestry workers. Andrew Scheer is committed to fighting for Canada’s softwood industry and helping forestry workers get ahead,” she concluded.