ADAM OLSEN - We are weakened by an electoral system that manufactures drama, encourages outrage and wedges division


I attended a wedding recently. The couple are a fascinating example of a modern blended political family. They represent both sides of the traditional political spectrum and everything in between.

Emily and I sat at a table with an equally intriguing mix of friends, family and political operatives. It didn’t take long for us to realize that we were sitting with the “opponents'” cognoscenti.

During dinner, I was reminded of a few important things about people. We all want similar things for ourselves and each other. While focussing so intently on the glaring differences, we fail to recognize the common ground we stand on and the relief we all feel from the fresh air we breathe when the doors are open.

“So. What’s the plan for the upcoming election?” I asked playfully.

“Just win baby!” he responded with a smile.

The night continued and we sat talking about our lives, meeting and connecting with each other’s partners, talking about our kids and, most importantly, celebrating our incredible friends who brought us into the same room, and sat us at the same table.

It became clear to me that we are weakened by an electoral system that manufactures drama, encourages outrage and wedges division.

We did not talk at all about policy. No doubt we would have quickly noticed that we were on two very different islands and that there is a vast ocean in between us. It’s true that our respective political parties provide a place for our ideas to gather and for like-minded people to huddle together to stay warm.

Win at all cost!

Later in the dinner I noted, “you know what I’ve learned tonight is that as people we mostly want the same thing. It’s too bad we expend so much energy on winning and not putting our heads together to create that place.”

Yes, I am very idealistic. However, our game-ified political system rewards us with “points” when we are at each other’s throats because we all have the internal narrative of “just winning baby” driving the operation. The goal has become to win at all cost.

The cost is our collective wellbeing. Whether the competition is global (between countries or regions), national or provincial (between rival political parties) or individually (I can be more successful than you can!), a certain amount drives innovation but it eventually crosses a line and we begin hurting each other.

I can’t help but reflect on Brexit. It might be the only time that I mention it, but it serves this piece well.

How devastating has this totally contrived and completely futile argument been for Great Britain? Certainly, they could have expended their energy and resources in a far more productive way that would have actually benefited their country.

As we approach this next federal election, I believe the democratic process, the exchange of ideas and perspectives, is important. 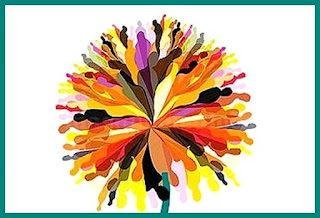 Thankfully the political theatre has replaced the battlefield where the tribes warrior-up and where the “exchange of ideas” has bloody and fatal consequences. However, I believe we can improve it further.

The round table our friends sat us at is nothing like our social media experience. We had no choice who we were sitting with. There were no filter bubbles allowing, indeed encouraging, us to hear only what we already believe. Instead, we were put with different-minded folks and blessed with an opportunity to connect with their humanity.

It was a sweet taste of what could be.