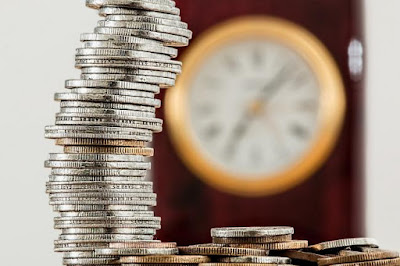 As mortal beings with a finite arc of existence it makes sense to plan for a retirement stage of life.  This generally involves ensuring we have something put aside and that we are not carrying any significant debt.  It’s natural for us to presume that our governments operate on similar rules and will one day have to pay off the debt they incur.

Countries are different in that, unlike you and I, they have no set expiration date.  Canada is looking pretty fit and trim for a 152-year-old and thankfully, shows no signs of slowing down any time soon.  Throughout the last century and a half Canada has carried various amounts of debt and has never paid it off.  According to the Canadian We started with $94 million in 1867 and by the end of WWII we had a national debt of $18 billion.

Obviously, these numbers mean nothing outside of context.  $18 billion today is not the same as $18 billion in 1945.  If you owned a $1 million-dollar home with a $100,000 mortgage you would have greater net wealth than somebody who owned a $100,000 home with no mortgage.

For perspective, we need to remember that nations are always in their “prime” income earning years.  They are always at work with a growing family that needs education, healthcare and social support among other things.

To determine how much debt a country can handle, we have to look at the size of its economy.

In good times it makes sense to balance the current budget, and not incur more debt if possible.  However, no national economy operates in a vacuum, and Canada has to respond to moves made by other nations, particularly the United States.

The election of Donald Trump brought with it significant but irrational tax cuts to which Canada had to respond.

If Canada failed to cut various corporate taxes, we would have faced a flight of capital south of the border and hurt our economy.  This defensive move accounts for the larger part of our current fiscal deficit.   Much like the Harper deficits were necessary to provide fiscal stimulus in a depressed economy, the Trudeau deficits are largely a response to the far more unsustainable decisions made by our Southern neighbour.

Let’s look at some numbers (all expressed in Canadian dollars).

Despite massive fiscal stimulus through unsustainable tax cuts, and an annual (per capital) deficit roughly eight times ours, US growth is at 2.1%

Canada’s 1.9% growth with sustainable debt (the lowest debt to GDP ratio in the G-7 and the only one that is falling) looks pretty good by comparison.  We are seeing the lowest unemployment rates and poverty rates in a lifetime.  As has been noted around the world including by the New York Times, over 800,000 Canadians have been brought above the poverty line in the past three years including over 300,000 children.

New York Times on Canada's Poverty Strategy
The irrational and unsustainable Trump tax cuts have not helped the average American.  Instead, companies are hoarding profits and buying back shares.  This does little for the average worker.  In fact, Canada has surged past the US and now has the richest middle class in the world.

New York Times on Middle Class Rankings
Everyone is free to like or dislike a given political leader.  Emotions aside, there is no objective basis for asserting that our economy is being mismanaged.  Growing our economy faster than our debt is a tried and true way of fostering growth and improving the lives of the most Canadians. 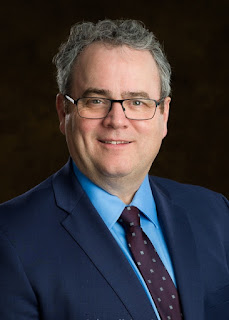 Cutting budgets for the sake of the optics is not sound fiscal policy.  It might look good on a bumper sticker but it doesn’t help Canadian families.

John is a past chair of the Interior Health Authority. He has been recognized as a distinguished Alumnus of TRU, selected for a BC Community Achievement Award, designated as Queen’s Counsel, and received the Dean’s Award for Excellence in Teaching.