DAN ALBAS -- For a new political party, such as the People’s Party of Canada, they do not meet this guideline 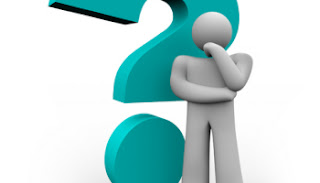 With the federal election date of October 21st, at some point in September, the Prime Minister will present the Governor General with an instrument of advice recommending the House of Commons be dissolved.

In turn the Governor General issues a proclamation dissolving the 42nd Parliament.

The Prime Minister then presents an order in council to the Chief Electoral Officer requesting the writ of an election.

At this point the writ is considered “dropped” and the formal “writ period” will get underway.

Part of what will occur during the writ period are debates among party leaders as well as local candidates.

One new change on the national level is the Trudeau Liberal Government's creation of a 'Leaders’ Debates Commission'.

In the past the major televised debates between party leaders were organized by a consortium of media broadcasters.

More recently leader’s debates have also been hosted by organizations such as Macleans Magazine and the Munk Debates.

The Leaders’ Debates Commission is still largely organized by a consortium of media broadcasters however this process is done independently working with an appointed 'Debates Commissioner'.

The purpose of the Leaders’ Debates Commission is to organize two televised debates, one in English and the other in French as was done previously.

Because the process has been finalized in a formal structure there are also rules on what leaders can and cannot participate in the debate.

One of the rules states “At the time the general election in question is called, the party is represented in the House of Commons by a Member of Parliament who was elected as a member of that party”.

This means for a new political party, such as the People’s Party of Canada, they do not meet this guideline.

There are other debates that will be occurring again such as the Munk Debate on foreign policy (as one example) that other major party leaders have agreed to attend.

It has now been reported that Prime Minister Justin Trudeau has declined all other debate invitations and will only appear in the debates organized by the Leaders’ Debates Commission.

My question this week is as follows: