It's time the silent majority had a platform to be heard without fear of discrimination -- Canadian resources matter, jobs matter, people matter and, the North Matters

A couple of days ago I noticed that Williams Lake Mayor Walt Cobb had shared a poster for an event taking place in the community ... it was being held by a group called #TheNorthMatters.

Apparently, according to Walt, the group started mainly due to Cariboo protection in the north that is closing mills, and has grown to include a list of things that are not happening that should.

As a former MLA, business owner, and now Mayor of the community of Williams Lake, Walt is well aware of land use issues that threaten interior communities and rural and northern BC.

“Land use and access issues have become a huge topic here, as the treaty process progresses with no consultation with local government or regional districts”, he told me.

Mayor Cobb then continued, “They are all sworn to secrecy.  We are tired of out of province or out of country telling us how to do things”.

Here though, are the words of the organizers of #TheNorthMatters:

The public dialogue and beliefs surrounding natural resource development in Canada is broken. All around us are self-interested parties.

At the end of the day it is the working people in Canada that pay the price, yet they haven’t been party to the decision-making process. So, we put it upon ourselves to challenge the current state of affairs.

Trudy Klassen, a Prince George resident and supporter of the North Matters wrote in a letter to the Editor of the Prince George Citizen

“Too frequently it is forgotten that if it wasn't for resource extraction, there would be very little work in the north. Tourism is a wonderful thing but unless we want to become a nation of low-paid tourism workers, we need to begin fighting against this tide of misinformation.
Daily, we hear of protests against the industries that support our families. Daily, it is implied that those working in the resource industry should be ashamed of their work. We need to begin to stand up for each other, to bridge the false divide between resource development and environmental stewardship”.

After studying the situation, we can predict a cycle action and activities that 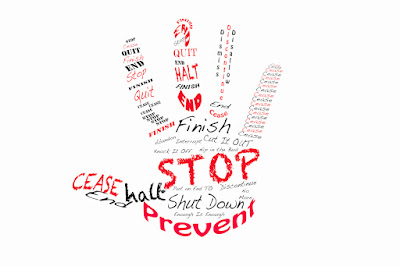 have repeated themselves for 35 years; first with forestry, then aquaculture, oil and gas and mining. We see new foreign funded campaigns against natural resources, transportation and services on the horizon. The only way to break the cycle is for ordinary people to step up and speak out.

So, we’ve inserted ourselves to add new insights and positive proposals to the public conversation. But we are doing it in a different way.

We have faith in everyday Canadians to continue to solve the big issues facing us. They always have.

It's time the silent majority had a platform to be heard without fear of discrimination because Canadian resources matter, jobs matter, people matter and, of course, #TheNorthMatters

The North Matters is making its presence known in media, conferences, public forums, through intervening in official processes, by making our own opportunities and through strategic partnerships.

The organization is apolitical, focused on the issues and corresponding community values near and dear to us. And we are inclusive, with members and strategic partnerships that encompass a broad representation of community. We believe in bringing people together. 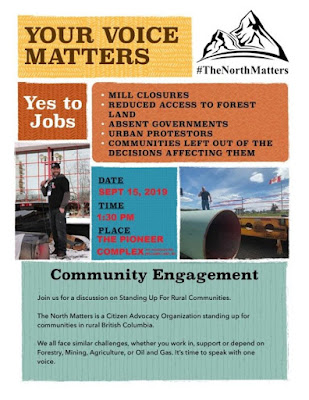 We also believe that ordinary Canadians provide the answers to many of the issues we face today. We can continue to build on the hard work of our past to ensure a fair and prosperous future for all communities.


#TheNorthMatters will be holding a community engagement meeting to discuss standing up for rural communities.  It will be held on Sunday September 15th at 1:30pm at the Pioneer Complex on Hodgson Road in Williams Lake.

If you’d like to know more before the meeting, Resource Works has a great article on #TheNorthMatters, entitled:

Groups hacking Canada’s regulatory system to stop projects through technicalities find a rage-fuelled ally to help them throw a wrench in the works. Dave Johnston and Steven Simons of The North Matters take a look at the situation.