As the NDP enter their fourth year in power, BC Liberal Critic for Education Dan Davies is raising concerns about the NDP’s years of broken promises and what challenges the COVID-19 pandemic will bring for students and families for the upcoming school year. 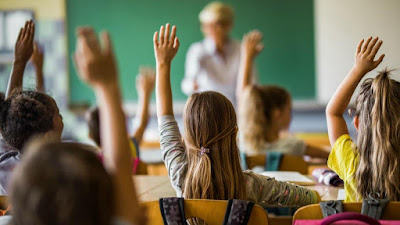 “The NDP promised to eliminate portables in Surrey within four years but instead, they’ve added 97 more portables and increased the total by 35 per cent,” said Davies MLA for Peace River-North.

“In May, the NDP chose to slash 20 per cent of the funding to Independent Distributed Learning — a program that provides distance learning for many of British Columbia’s most vulnerable students — despite promising they wouldn’t. The NDP’s three years of inaction and broken promises have done very little to help students and families and they have good reason to be upset with the direction of this government.”

Parents and students have been patient and managed the uncertainty of this past school year as school districts dealt with COVID-19, but with the looming challenge of resuming classes in September, teachers and families are anxious for government to have a plan and the appropriate supports in place for the fall.

Despite requests from teachers and families across BC. for additional PPE in classrooms and a clear back-to-school plan, the government has so far failed to deliver on either request.

“After writing a letter on behalf of families and pressing this Minister repeatedly in the legislature, we finally got him to commit to having a back-to-school plan in place no later than July 29,” added Davies.

“Considering the NDP’s track record, I am still concerned that parents and students will be dealt with another broken promise with little time to prepare for the upcoming school year. For the safety of our schools and our children, we will continue to press the NDP to have a viable plan in place by July 29.”