CANADA’S ENERGY CITIZENS -- Activist publications have the right to advocate for their cause, but not with inaccurate or misleading information

Misinformation should always be pushed back against, and last week we came across another example of an organization making some pretty bold claims about the oil and gas sector. 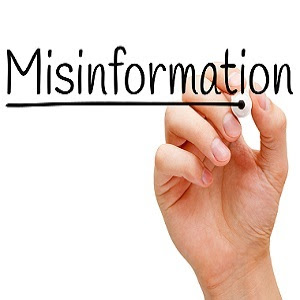 This time it was a new report from another activist organization trying to push the mythical narrative that the production of oil and natural gas in Canada is heavily subsidized.

They are simply wrong.

Take for example a report this week by the International Institute for Sustainable Development (IISD) – one of the leading publishers of ‘fossil fuel subsidy reports’.

Their report alleges Canada subsidized fossil-fuel producers with $16 billion in aid in response to the pandemic, while providing very little to other priorities.

That $16 billion figured seemed a lot higher than anything we have seen reported, so we decided to take a look at their numbers.

Interestingly, the IISD’s report includes a number of initiatives any reasonable person would find a stretch to consider a ‘fossil fuel subsidy’. Here’s a list:

To us, it seems a little odd to include infrastructure investments designed to put people back to work under the umbrella of ‘fossil fuel subsidies’ - it is even weirder to include state-owned insurance providers reducing vehicle registration fees when no one is driving. And last we checked, a Tesla still requires a road.

NONE of those are subsidies for the oil and gas industry or could even be considered direct support for oil and oil natural gas production.

In fact, the entire narrative activist groups have created on oil and natural gas production being heavily subsidized does not exist – which has been recently confirmed by our own federal government.

According to a briefing note from Natural Resources Canada (NRCAN):

“Given the nature of NRCAN’s direct spending (i.e. innovation and environmental performance), the department does not provide any inefficient fossil fuel subsidies that encourage wasteful production or consumption of fossil fuels"

And, in recently speaking with the National Observer, Federal Minister of Infrastructure and Communities, Catherine McKenna stated “we eliminated all of the fossil fuel subsidies at the federal level”.

These activist publications have the right to advocate for their cause, but not with inaccurate or misleading information on an industry so integral to Canada’s economic recovery and continued prosperity.

We would appreciate it if shared our story with your friends and family: https://www.energycitizens.ca/digging_for_subsidies