BRIAN PECKFORD -- Trudeau Family Scandal ... ‘We’ Are All In This Together ...

We are all in this together ... has been the rallying cry for helping each other during the pandemic. Prime Minister (Justin Trudeau) has himself used the phrase. 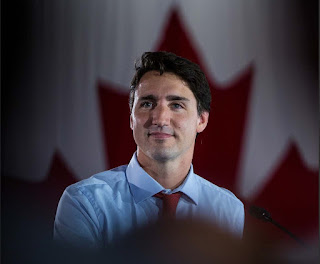 Little did we know that there lurked nearby, really in our midst, another ‘WE”, this one more ominous. It seems clear now that the Trudeau family and the WE charity were very, very close.

And in and of its self, no problem. Until ... there is money changing hands, and involving our money, taxpayer’s money, money from our Federal Government.

It has now been revealed that the Trudeau family, mother, brother, wife have all been involved with the Charity. Mother and brother received over $300,000 in speaking fees from the Charity over the last four years. Meanwhile the Charity was getting contracts from the Government.

The wife of the Prime Minister received fees from the Charity before Justin even became Prime Minister. And she currently hosts a podcast, for the charity, it is reported by various media.

And as we all know the PM‘s government had awarded a $900 million contract to the WE charity --  no tenders  ... just here you are, all yours!

A Conflict of Interest investigation is presently underway. But now the Opposition Conservatives are calling for a criminal investigation concerning the whole affair as the information of the extended family involvement became known.

The Opposition is referring to Criminal Code Section 121. A section titled "frauds on the government," says it's an offence for someone to give an elected official or any member of their family "a loan, reward, advantage or benefit of any kind as consideration for co-operation, assistance, exercise of influence or an act or omission in connection with the transaction of business with or any matter of business relating to the government."

It has been revealed that the PM did not recuse himself when the vote concerning the $900 million came before Cabinet.