HISTORY’S IN THE MAKING ... and Canadians should pay attention

REPRINTED WITH PERMISSION.  This commentary, written by Gerrit Van Dorland, was originally published on Tuesday July 21st, in the Hill Times 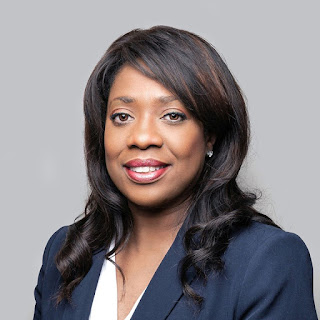 OTTAWA—The average Canadian might not be aware, but Leslyn Lewis has a good chance of winning the Conservative Party’s leadership next month.

Born to immigrant parents who left Jamaica in pursuit of freedom, peace, and hope for a better future, Lewis is a mother of two, a successful Bay Street litigator, and a business owner. She holds a master’s in environmental sciences and a PhD in international law. She’s intelligent, articulate, and kind.

By all accounts, she’s an underdog candidate. As a newcomer to politics with very little name recognition, most Conservatives thought her chances of meeting the high entrance thresholds were slim. She surpassed the fundraising threshold with more than $100,000 to spare.

Fast forward to today, her campaign has cracked $1-million in fundraising, and of the four candidates running, she’s gained the highest number of unique donors in the second quarter, as well as the highest number of donations made. She continues to hold the highest level of engagement on social media. She’s making waves, and hers is the fastest growing campaign in the history of Conservative Party leadership campaigns.

A combination of COVID-19 and political tensions at home set the stage for Lewis’ highly successful campaign. In a world of fear, confusion, frustration, and hate, her voice of reason, compassion, and common sense is striking a chord deep within the hearts of grassroots conservatives across Canada.

And while the “perceived” front-runners continue to shoot arrows at each other and play classic political games, they’ve paved the way for her positive, constructive, and no-nonsense approach to politics to shine through and resonate with the base. She has a brilliant ability to speak to the full spectrum of what the party believes and is being increasingly noted as the unity candidate who can tie the various party factions together and remind them what they stand for.

Unlike many Conservatives, Lewis truly understands what it means to be ideologically conservative.

While the left tries to depict the right as intolerant and unloving, Lewis shatters that narrative by embodying the rich values Conservatives hold dear. Values that include individual rights and freedoms—particularly freedom of speech, expression, and religion—personal and fiscal responsibility, limited government, love for your neighbour, and care for the vulnerable.

Based on the numbers that have presented themselves so far and based on anecdotal evidence of voter-identification figures coming from inside each of the four campaigns, the long-shot candidate of four months ago has become anything from a long-shot today. The odds of her winning the leadership on Aug. 21 are growing significantly.

To add to the suspense, our current prime minister is under his third ethics controversy—one that’s looking increasingly problematic for him—and the chances of an election this fall are rising dramatically. If that were to happen, and assuming that Trudeau would remain on as leader and Lewis would lead the Conservatives, Lewis would have a clear advantage.

Her lived experience as a minority offers a fresh appeal to communities not won over by Conservatives in 2019 and serves as a stark contrast to a leader with a history of blackface. Her success as a mother and white-collar professional will resonate with a demographic of female voters tired of the empty tropes of our self-proclaimed feminist leader. 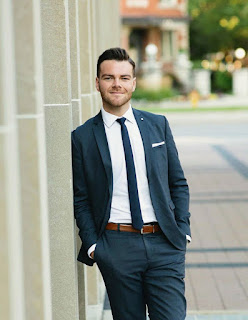 And so, Canadians would do well to pay attention, as we may well see a Black, female prime minister leading our country by the close of 2020.


Gerrit Van Dorland ... is Executive Assistant to Conservative MP Jeremy Patzer on Parliament Hill.  He holds a BA in history from Western University.

This op/ed was written independent of his work for Mr. Patzer, and all opinions expressed are his own.