DAN ALBAS -- The throne speech took many previous promises made by Prime Minister Trudeau, that ultimately became broken promises, and promised them yet again 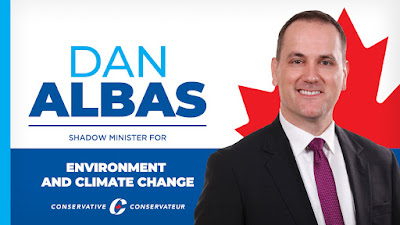 I delayed writing this week’s report slightly in order to share my thoughts on the Liberal Government’s throne speech that was announced Wednesday.

Afterwards the Prime Minister was scheduled to address Canadians on television and my report this week was written prior to that television event occurring.

For those unfamiliar with what a throne speech is, here is the definition from the House of Commons:

“The Speech from the Throne usually sets forth in some detail the government’s view of the condition of the country and provides an indication of what legislation it intends to bring forward.”

The challenge with today’s throne speech is that it takes many previous promises made by Prime Minister Trudeau, that ultimately became broken promises, only to be promised yet again.

I will give some specific examples of this.

In this throne speech the PM promises “the Government will immediately bring forward a plan to exceed Canada’s 2030 climate goal.”

This government has for, five years now, been making this promise and yet GHG emissions only continue to rise.

Once again a promise is made that does not reconcile with previous Trudeau Liberal policy decisions, that include giving a 95.5% carbon tax discount on coal power in New Brunswick.

Another promise is “the Government will accelerate the connectivity timelines and ambitions of the Universal Broadband Fund to ensure that all Canadians, no matter where they live, have access to high-speed internet.”

The Liberals have also been making this promise for five years now and there are still many areas of Central-Okanagan-Similkameen Nicola that do not even have a wireless cellular signal let alone high speed internet.

There has been literally no progress in these areas.

Some will recall during the election last year, the Prime Minister promised a twenty five percent reduction on cellular phone bills. Another lofty, but to date, unfulfilled promise.

These are a few examples of promises made from Prime Minister Trudeau.

Why am I critical of this? To use an analogy, a session of Parliament is not unlike a dinner plate. There is only so much room to load up on food.

If far too much food is loaded onto the plate, only so much can be eaten, and the rest is thrown away.

If you have ever been served an overloaded plate of food, odds are you will pick and prioritize the items your prefer and invariably decide what items are left behind.

This is why prioritizing is critically important when a government sets its legislative agenda to get bills through the house.

At Justin Trudeau’s cabinet table are many of the same individuals who failed to deliver on these very same promises over the past five years when this Liberal government enjoyed a majority.

To repackage many of these same, now broken, promises and add news ones is simply not credible, given the track record of this Liberal government.

What falls off the table remains to be seen.

Do you prefer a throne speech that realistically advances an agenda that can potentially move through the House or the current Liberal government approach that, while ambitious, will, as history demonstrates, result in more broken promises.