RUSTAD -- There is a lot more to be said and when/as the campaign unfolds, I will highlight their failings and in particular how they have ignored the plight of rural BC 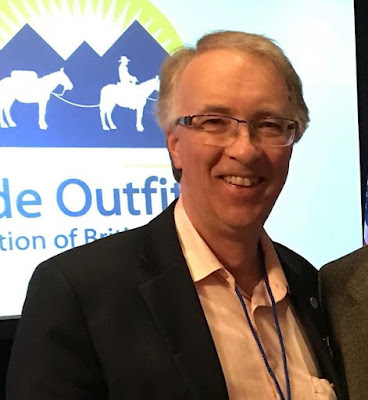 On the eve of a BC election call (likely in the next week), here is my take on the start of the campaign. First, campaigns do matter. Polls are historically inaccurate, especially over the last number of years.

I don't think an election is the right thing for BC a year early, in the middle of a pandemic and without validated budget information. But if the NDP want to call a reckless election, we are ready to fight them and to show BC that the BC Liberals have a plan to help the people of BC and lead our province back to prosperity.

The BC Liberals have a solid, intelligent, caring, thoughtful and skilled leader in Andrew Wilkinson. We have an experienced team supplemented by a great field of new candidates.

As for the NDP, they have proven themselves to be deceivers.

If they call the early election, they have outright lied in the CASA agreement.

The only reason to call an election now is for pure political gain and not for what is in the best interest of the people of BC.

As for the NDP's deceptions, they made many promises that they clearly have not kept. They hide their true intentions by using cute spin.

For example, community benefit agreements? They have nothing to do with communities or benefits for communities. They are project labour agreements that shut out 85% of construction workers, drive up costs and deliver less for more. The only ones who benefit are their hand-picked union supporters.

Another example is their so-called school tax. It has nothing to do with schools or the funding of schools. It is plain and simple an asset tax but they are afraid to be honest.

And what about the speculation tax that has nothing to do with speculation. It has not increased rental supply but is simply a tax grab and a way to collect data on the residents of BC.

What have the NDP built in their three years in power?

Other than some module housing, they have not put a shovel in the ground on any projects that weren't already planned by the BC Liberals. They have run around making billions in announcements, many of them without a budget line and some haven't even gone through treasury board approval.

They created a poverty reduction plan. What has it delivered? No measurable improvements.

In the forest sector, BC has become the highest cost producer for forestry products. This makes our industry uncompetitive and vulnerable when prices turn down. It also prevents the investment needed to sustain the industry.

There has not been a single new mine start construction under the NDP -- and notice of work permits now take 6 months or longer. There is no confidence by investors that a project can get built in BC.

In agriculture, they have outright attacked farmers even going so far as change the definition of a person under the agriculture acts to mean a local government or first nation. The situation is very sad.

There is a lot more to be said and as the campaign unfolds, I will highlight their failings and in particular how they have ignored the plight of rural BC.

The NDP have been completely focused through policy and actions on where they think they can gain votes.

The NDP are not providing good government for the people of BC.

First elected in 2005, John previously served as Minister of Aboriginal Relations and Reconciliation and Minister of Forests, Lands and Natural Resource Operations and as Parliamentary Secretary for Forestry.

Since August, John has served as the Official Opposition's critic on Forest, Lands, and Natural Resource Operations and was appointed to the Select Standing Committee on Parliamentary Reform, Ethical Conduct, Standing Orders, and Private Bills.

Prior to his election as MLA, John worked in the forest industry for more than 20 years. In 1995, he formed Western Geographic Information Systems Inc., a consulting service to the forest industry. John was also elected as a school trustee in 2002, where he worked on a variety of innovative projects.

Born and raised in Prince George, John has lived in northern B.C. all his life. When time permits, he enjoys golfing and watersports. In 2009, he and his wife Kim moved to Cluculz Lake, where they enjoy the quiet beauty of rural living, as well as social calls from family and friends.