FELDSTED – The train has left the station and is on a long downhill slope. As long as Trudeau governs, the train cannot be slowed 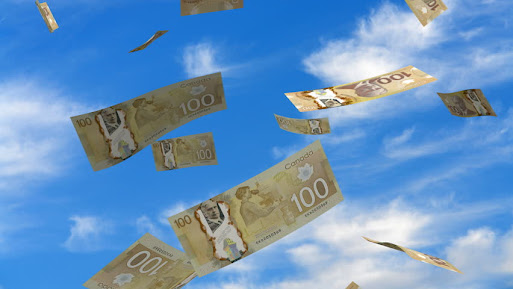 The Trudeau Liberals potentially wasted up to $22 billion dollars of their $80 billion pandemic health spending due to a lack of "adequate targeting" of those in need, a new study by the Fraser Institute claims.

“Our research shows that billions are being borrowed to finance transfers to people whose need is at least questionable, and this at a time when Ottawa is running historic deficits,” said Jason Clemens, Executive Vice President at the Fraser Institute.

The audacity and incompetence are stupefying. No wonder Bill Morneau bailed. The study does not address the tens of thousands who did not qualify for the various programs rolled out or those who have lost savings and investments in businesses that will not recover from the lengthy shut-down and ridiculous regulations on reopening.

Our government has destroyed the service sector, and the tens of thousands of people employed there have nowhere to go to find employment. Worse, the uncertainty of a government without a coherent plan for rebuilding our economy creates insecurity that prohibits new investments.

Governments are incapable of managing a capitalist system. We need governments that will create a business climate where entrepreneurship can thrive. That means a minimum of regulations, much less red tape, and efficient support services.

As part of the WE charity scandal investigations, the government released about 5,000 pages of relevant documents! On one program contract that should never have been undertaken and is under investigation by the Ethics Commissioner and the RCMP.

The Trans-Mountain debacle, SNC-Lavalin scandal, the Admiral Norman scandal and the WE charity scandal cause investors to avoid Canada. Warren Buffet has decided investments in Canada are too risky for him. There is nothing that the Trudeau government can do to regain investor confidence.

Our illogical and unpredictable Prime Minister cannot convince anyone that he and his extensive group of insiders will not destroy the best-laid plans of the entrepreneurs we desperately need to get Canada back on its feet.

Investors look at the track record of the builders and creators. Trans-Canada had the reputation for attracting $12 billion in investments for its Canada East pipeline.

When Trudeau created environmental regulations that made approval impossible, Trans-Canada threw in the towel, and investors fled.

The price Canadians are paying for Trudeau’s illusions of grandeur are the loss of our civil rights and freedoms along with a steadily declining standard of living that is going to accelerate over the next decade. The proportion of our society living in poverty is going to increase as we sink from depression into a recession.

The train has left the station and is on a long downhill slope. As long as Trudeau governs, the train cannot be slowed.