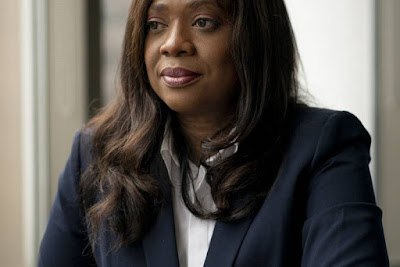 “Haldimand-Norfolk is a beautiful place with the most amazing, hard-working people. It would be an absolute honour to represent them and fight to make their lives better,” said Leslyn Lewis, former leadership candidate for the Conservative Party of Canada.

Leslyn Lewis proved to be a formidable competitor in the recent Conservative Leadership race, securing 30 per cent of points nationally on the second ballet and winning the popular vote. Support for Lewis in Haldimand-Norfolk was over 50% of the vote.

“Leslyn has shown time and again that she is hardworking and passionate, just like the people here in Haldimand-Norfolk. Not only has she proven with each conversation that she is knowledgeable about the issues that matter most to our community, but the way that she connects with people makes me confident that she would represent us incredibly well.

I offer Leslyn my full support as she works toward becoming the Member of Parliament for Haldimand-Norfolk,” said current MP Diane Finley.

On August 17, 2020, Finley announced that she wouldn’t be running in the next federal election.

Recently, Finley and Lewis were seen touring around both Haldimand and Norfolk Counties, meeting prominent people in the community, and Lewis has now begun house hunting in the riding.

“In the tired and polarized world of Canadian politics, there is an exciting, refreshing and positive new candidate in the mix. I had the privilege of being introduced to Leslyn Lewis for the first time, and Canada’s Conservative party can only be positively energized with Leslyn on board. She is engaging, optimistic and genuine”, said Steve Fenton, President of Battlefield International located in Cayuga, Ontario ... the county seat of Haldimand County.

He continued, “I don’t think it’s possible to spend time conversing with her regarding any topic and not leave the conversation with a fresh upbeat perspective about the subject. Leslyn Lewis is a highly intelligent and bright new light in Canada’s political world well worth considering regardless of the party you presently support.”

“Leslyn Lewis is very straight-forward and I like that.  Her common sense approach on issues makes Leslyn a candidate I can trust.” said Murray Porteous, HN Conservative EDA Board Member and Norfolk County Farmer.

Leslyn Lewis is a mom to two children, who holds a PhD in law and a Masters in Environmental Studies and has her own law firm. She has been involved in grassroots politics for several years, and plans to use her professional experience to develop common sense policies that will improve the lives of Canadians.

When it comes to the environment, Lewis has consistently promoted a plan that includes incentives for green tech and tax credits for green home and business renovations over a carbon tax.

“To me, if you want to get things done and do them well, you need courage, compassion and common sense. This has always been my motto, whether it’s fighting injustice or raising my family, that’s what I will bring to the table as the Conservative candidate for Haldimand-Norfolk.

I hope that I can count on your support because, together, I know that we can do great things,” Lewis concluded.