DNR (Do Not Re-elect) is an election strategy aimed at taking the election campaign narrative and approach away from political parties and substituting our own. 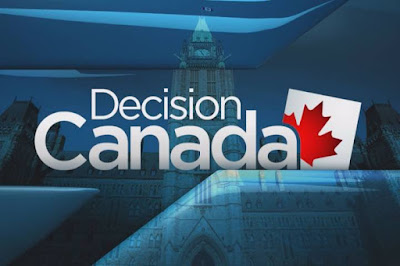 We get lost trying to figure out who we should cast our vote for.  We do not trust any party to govern responsibly.

No political party has distinguished itself over the last two decades, and we have suffered through seven federal elections -- starting in 2000:

We are weary of weeks of political party’s slagging and sloganing, playing silly political games to score points on social media sites, dozens of insincere promises and no change in governance. We are in for another election within the next two to eight months.

Our political structure is unchanged since the mid-60s. Over the decades, the United Nations has wandered off into a Marxist/Socialist paradise trying to take control over western democracies. Our Prime Minister (Justin Trudeau) embraces that initiative despite the bleak future it bodes for our people.

The world has undergone dramatic changes over the past five decades, but our governments have not. They are failing to meet the challenges we face or adapting to shifting geopolitical powers.

Political parties are focused on internal power struggles. They no longer care about why they are elected and have effectively tossed democratic representation in the trash.

There are a few outstanding Members of Parliament (MPs) who strive to represent the people who elected them and to act in the best interests of us all. We need to recognize them and re-elect them, whatever their political stripe. They form the tiny nucleus of governance conscience and ethics we need to nurture.

The power concentrated in the Prime Minister’s Office (PMO) is an insult to democracy. The PMO cannot include the Privy Council. Constitutionally, the Privy Council is a neutral body reporting to the Governor General.

The Cabinet and Caucus should guide the Prime Minister in formulating government policy rather than relying on the advice of highly paid, unelected public relations and political strategy people. We need a government that does things because they are the right thing to do rather than acting primarily to secure re-election.

The opposition has failed us, and over the last two decades, all have been in opposition ranks.

There has been no effort to prioritize the nation’s needs on critical issues such as:

This list is incomplete but highlights some issues that have been under discussion for decades without any effort to resolve them.

The term ‘government accountability’ is a sick joke. It does not exist in our parliament. Worse, our parliament has chosen to recuse itself for six months rather than carry out the duties its members were elected to address -- and in violation of their oaths of office.

Apparently, elected representatives are not essential to governance during a virus epidemic crisis. By their actions, they are incapable and irrelevant. Where do we turn when those we elected to represent us fail to do their duty?

Our response must be a refusal to re-elect those elected drones who are driven by unelected political party officials and strategists. They represent their political party -- and personal interests -- not the public.

We have to bring that era to an end.