ADAM OLSEN -- Gotcha! politics is confirming for voters that doing anything else is a better use of their time, rather than engaging in the political discourse


"Over the past few weeks, I have heard a considerable lack of excitement about the federal election. In my opinion, the single greatest threat to our democracy is voter apathy" ~~ Adam Olsen 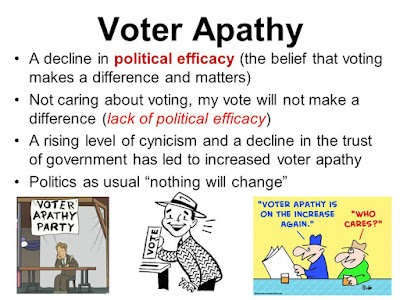 A lack of interest in governance between elections is understandable. When this extends to the election period, it is problematic. After writing this post I ran into a podcast that I have referenced a few times in my blog about this very issue. The Big Story Podcast dedicated an entire episode to these issues in the ongoing federal election.

You will always run into people, while canvassing, who are less than enthused by politics. Few pay attention to governance unless the decisions impact them directly.

The backroom political spin machines have long been acknowledged as a part of election campaigns. Still, rarely have we seen the entire narrative of every Party -- be so thoroughly disrupted -- as we have seen this time around.

This is not to downplay the importance of getting to know the candidates and our future representatives in the Parliament. That said, from what I’m hearing, the Gotcha! politics is leaving a sour taste. It is discouraging people from participating ... and it is confirming for them that doing anything else is a better use of their time than engaging in the political discourse.

I’m thankful the environment and climate change are top issues in this campaign.  Unfortunately, though, it has been lost in the tall grass growing in the ditch, where most of the battles have been waged.

It’s seemingly more chaotic this time around, and there is a growing dissatisfaction with the election.

The chaos was elevated in the English language debate as the Leaders scrambled to talk over one another to ensure their canned, planned messages were heard over their competitors.

Building trust in our democracy!

The promises made while on the hustings are not trusted and political parties do not even feel it is necessary to publish a platform anymore.

I’m concerned for the quality of our democracy and I don’t think this federal election is helping it —which, now that I think about it, is an odd thing to say. Elections are when we should be excited to exercise our democratic right to choose a vision that best represents our principles and ideals. Yet, some of the people I know who are politically active, are rolling their eyes instead of rolling up their sleeves.

That is not good! We need to pay close attention to the strategies and tactics that are deployed to discourage citizens from participating in elections. 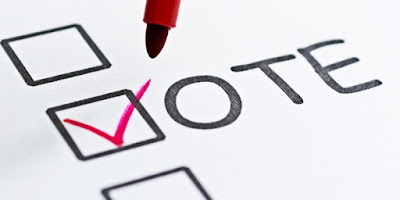 Unfortunately, suppression techniques are a real strategy. They are based on the premise that if a campaign can’t identify enough supporters to win an election, then maybe they can discourage enough of the opposing party's supporters from showing up to the polls.

In other words, in a small pool of voters, there are fewer unknowns.

I have always, and will always, work to increase the voter turnout in Saanich North and the Islands. I’m proud that in the past two elections our riding has been near the top of the list.

Let’s not let the Apathy Party win. In the next couple of weeks, no matter who you support, please cast your ballot!