ADAM OLSEN -- When governments talk about self-determination of Indigenous Nations, it starts in these community homes, in these big houses


I spent the past week in Waglisla (Bella Bella) in the Heiltsuk territory on the central coast of British Columbia. 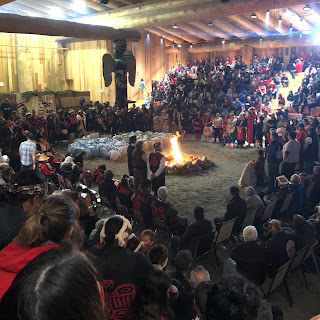 Nations from up and down the coast gathered to open the new big house in Waglisla. There has not been a big house in the community for the past 120 years. The Heiltsuk have been talking about and planning for this event for decades.

It is a beautiful home. Constructed out of ancient giant cedar timbers, built by the power and pride of a nation whose potlatching culture was deeply disrupted - and outlawed - by the colonial settler Government of Canada through the 20th century.

It’s an honour to witness the strength and power of the Nations on the coast. Despite the disruption, the Heiltsuk are strengthening and this new home will be their centre of culture and governance.

It’s this last point in which I want to shine a light. 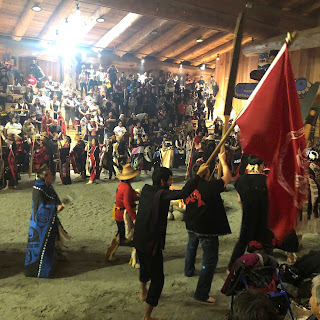 Over the past few years I have been oft-repeating that the two most important investments governments can make to advance reconciliation with Indigenous people is in language revitalization and repatriation of ancestral remains and items of cultural significance.

As I’ve spent the past five days watching the protocol and governance come alive in the new big house in Waglisla. So, I’m going to make a slight, but critical, amendment: support the building of big houses.

When governments talk about self-determination of Indigenous Nations, it starts in these community homes, in these big houses.

I have watched as Nation after Nation have stood and shared in the celebration marking the occasion of the opening of the Heiltsuk big house. Indigenous governance is alive and growing in strength once again.

We need to continue to make investments in language revitalization a priority. 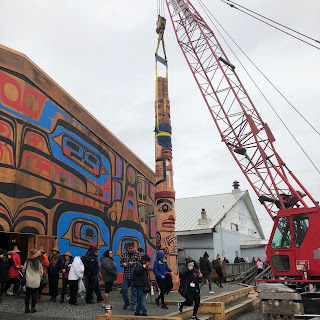 The province has much more work to do with respect to repatriation.

The province is moving far too slowly on this front.

In addition to pushing forward these initiatives I believe the construction of these houses of governance, culture and traditional knowledge sharing are a third critical component to seeing the act of reconciliation.

Governments that are serious about reconciliation work will also make these a priority.