When I was ten years old, I’d order merchandise from the back page of comic books and sell them door-to-door.  In the spring, I’d be selling flower and vegetable seeds, and in the fall, I’d sell Christmas cards.

In high school, I’d sell myself in student council elections and eventually joined Junior Achievement, a ‘learn-by-doing’ business program.  In fact, I won their national sales contest in 1972 and the $500 scholarship paid for my first-year university tuition, all my books and I still had money left over.

I joined our family tire business at 15 years of age and was selling in the showroom, ‘selling up’, while working in the service bays. As soon as I could drive, I was selling tires ‘on the road’ to gas stations and trucking companies. 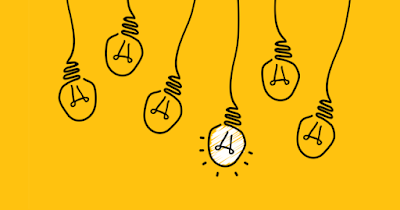 Even though I was only 32 when I decided to run for political office, I was an experienced ‘pitchman’ at all candidates’ meetings and on the door step.  Once in elected office, I soon moved into leadership positions and had opportunities to not only sell myself and my ideas but to put those ideas into action.

Decades later I’m still fortunate to find leadership opportunities and to be in a position where ideas can become reality.  There is just one problem: not all my ideas are good ideas.

So, with maturity and after some stumbles, I’ve learned to look for ‘skilled contrarians’ as part of my governance and management teams.  Fortunately, some of those contrarians have found me.

Soon after I was elected Mayor the city manager come into my office, closed the door and asked: ‘Can I talk to Frank?’  This was different from the ‘Your Worship’ relationship we had outside that closed door, and he used these opportunities to politely point out what might be flawed about a particular strategy – or more bluntly, how I might be screwing up.  Same goes today on private sector boards where the ‘MVP’ is the director that speaks up and helps us avoid ‘group think.’  If I’m chairing that board, I don’t want to act on my own idea until I’ve heard them speak.

Skilled contrarians are not ‘yah-buts.’

Those are the ones that seem to resist all new ideas by starting their sentence with ‘yes but.’  I’ve run into ‘yah-buts’ as I moved into leadership roles in the private and public sector and always work towards the same solution: give them a chance to change careers.

The most dangerous situation is where there isn’t a skilled contrarian – where all your ideas are good ideas.  Being the pitchman that I am, I will sometimes get on a roll and start selling one idea after another.  That’s when the alarm in my head needs to go off – ‘oh no, I’ve been here six weeks and all of my ideas have been wonderful and are being acted on’.

That’s when you realize that for whatever reason you’re surrounded by groupies.

For example, a bare wall faces a back street of a rezoning that I spoke enthusiastically in favour of, and a local government can’t get rid of an advisory committee I thought would be helpful.  I’ve also had bad ideas in the private sector but the marketplace seems to take care of them.

Be self-aware that some of your ideas will be good and some won’t, and then ensure you get trusted input from others – hopefully skilled contrarians – before putting all of them into action.