ADAM OLSEN - Our recycling system has been designed and marketed, to have us believe we don’t need to reduce consumption; you can just recycle the product


Earlier this summer, I invited people to participate in the Ministry of the Environment and Climate Change Strategy consultation and engagement on plastic waste and recycling. British Columbians are good re-cyclers, but we need to do better and the Ministry is working to that end.

I’ve discussed recycling, packaging, and plastic waste a few times in the pages of this blog, always with the perspective that the absolute best recycling we can do is none at all. By that I mean: first reduce consumption, then reuse items, and only after all that, recycle. 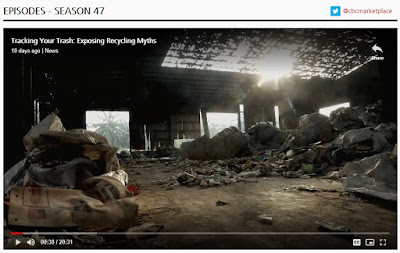 Unfortunately, our recycling system has been designed and marketed to have us all believing that we do not need to reduce consumption because you can just recycle the product. This is reinforced by the next product you buy proclaiming in bold print that it was made with X% of recycled material.

... we have all contributed to creating a more circular economy rather than the previous generation whose single use plastics are filling our landfills.

The other day, I watched the episode of CBC Marketplace (Where does your recycling really end up?) where David Common goes undercover to look at the plastic recycling industry. It’s not good! It was a stark reminder of the personal work I need to do reducing my consumption and the work the provincial government needs to do regulating industry, not just the recyclers, but also the producers.

Reducing consumption and plastic pollution
According to Common, British Columbians go to great lengths to recycle only to learn that so much of the work is just land-filled or chipped and burned in a waste-to-energy facility. Clearly regulation is not enough. When Common’s team sent plastic material off with three BC recyclers, only a third was actually recycled. That is not good enough. 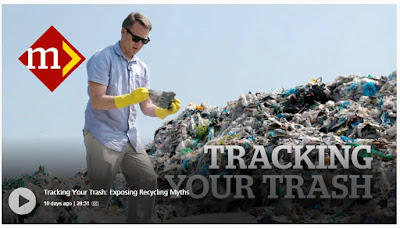 I heard from rural communities, at the Union of BC Municipalities, that the recycling program the BC Liberals set up is leaving them behind – that’s because the system can achieve the targeted percentage of diversion just from the urban centres alone.

This is classic BC Liberal politics: talk up support for rural B.C. and then under deliver. This is yet another one of their broken systems that needs reformation, including better oversight and proper enforcement.

The Marketplace episode paints a devastating picture of the recycling industry. Containers of Canadian plastic polluting the land, water and air of cities and towns in Southeast Asia, creating a spike in cancer there, is shameful.

It starts with each one of us. Admittedly, I have a lot of work to reform my own habits and behaviours. I consume way more than I need to! And, we also need to lean in to the process currently underway by the Ministry.

This is the perfect time to reform a system that is letting British Columbians down. I don’t think any of us want to contribute to creating “cancer towns” in other parts of the world ... however, that is exactly what is happening.