ADAM OLSEN -- Speaking honestly and from her heart she shows people of all demographics that one, single, solitary human being can make a difference 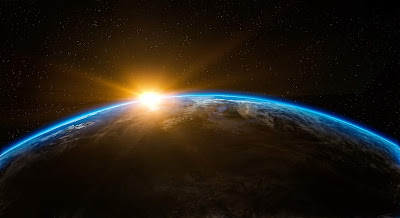 It’s an interesting situation we find ourselves in regarding climate change and climate action.

It is the collective decisions of politicians, the recommendations of their advisors and the whole governing institutions that has got us to the point we are at today: increasing temperatures, melting ice, collapsing ecosystems and mass extinction. Planet Earth is a mess right now.

The millions of people marching in the streets of cities and towns around the world are all demanding better leadership. A range of emotions, from disappointment, sadness, encouragement to straight up scorn, is summed up nicely on the handmade signs.

In all of the chaos, a young woman from Sweden named Greta Thunberg emerges on the steps of the Swedish Parliament. Speaking honestly and from her heart she shows people of all demographics that one, single, solitary human being can make a difference.

In the process of a few months, she shows us that I can change the world.

We hear in some of the narrative spun out by our provincial government that you need to be big to make enough of a difference to matter. We excuse our role in mitigating and adapting to climate change by claiming to be just one small insignificant jurisdiction and that our contribution to the problem is nowhere near that of the United States, China or India. So, we subsidize the sale of a fossil fuel alternative (LNG) to their current fossil fuel (coal) and we justify it and forgive ourselves by calling it clean(er).

Calling us out and calling us in!
Thunberg has quite rightly set her target on the decision-makers. She calls us out publicly, her unpasteurized honesty is direct and she spares no one. She has empowered millions of people to also turn their attention to their politicians and the political apparatus that makes the decisions their behalf.

It’s a fine balance between fomenting people’s frustration toward government and anger for the lack of consistency between the words of politicians and our actions, while not undermining the institution to the point that people believe it has become irrelevant, causing apathy to increase. One of our most important jobs right now is to protect democracy lest it fall.

It’s the politicians and governments, who are being called out by their constituents, who need to make better decisions. In my decade around various tables, I’ve seen the impact when the public marginalizes these decision-makers if these leaders choose other decisions the public doesn’t like. It’s a problem when the disconnection grows.

There is no question that politicians and governments need to be held accountable. We have seen the power of one young woman’s voice, we have heard the chants of millions and we are witnessing the powerful change that may come in collective action.

It’s important that in all the calling out, we don’t lose sight of the need to also be calling in.

Adam Olsen ... is a Green Party Member of the Legislative Assembly of British Columbia for Saanich North and the Islands.